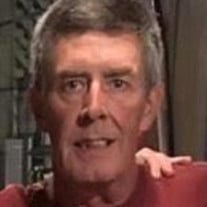 Thomas Thorn Glover age 63 of Pinson, Alabama was called home on January 25, 2021. Tom is survived by his beloved wife, Rebecca Glover; son Joshua Glover and his wife Kenya Glover; his grandchildren Jazzlyn Glover, Brynleigh Glover, Davyn Glover, Kade Glover and Trinity Glover; mother-in-law Etha-Rene Vincent, his brother Mike Glover and wife Lynn, sister-in-law Kristie Speed and her husband Steve Speed, sister-in-law Cindy Marler and her husband Jessie Marler, and many nieces, nephews, cousins, and friends. He was preceded in death by his parents Truman Glover and Sally Kopp, his brother Eric Glover and father-in-law Herman (Bill) Vincent. Tom was born on January 5,1958, and was raised in Huffman, Alabama. Tom and the love of his life, Rebecca, were married for 25 years. Tom loved his family. He was proud to be a part of the Boilermaker Local 108. Tom was a hard worker and was well known by many. He took his job seriously and made an impact on everyone he worked with. Tom loved the lake life and was an avid fisherman. He is now home and healed. Tom will be missed by many, but never forgotten. The family asks in lieu of flowers please make any donations to Two by Two Animal Rescue in Helena, Alabama. Due to the current circumstances the family has decided to hold off on any type of services. Psalm 23: 4 "Even though I walk through the valley of the shadow of death, I will fear no evil, for you are with me; your rod and your staff, they comfort me."

The family of Thomas Thorn Glover created this Life Tributes page to make it easy to share your memories.

Send flowers to the Glover family.