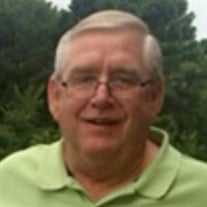 On Thursday, September 9th, Thomas Stevenson “Steve” Davis, loving husband, father, and Pawpaw, passed away peacefully at age 71, surrounded by his children and grandchildren, who are comforted in the knowledge that his passing marks a joyful reunion in heaven with his wife, Gayle Davis, who preceded him in death last year. In addition to his wife Gayle, Steve was preceded in death by his parents, Mark and Essie Davis, brother Sonny Davis, and sisters Emma Self, Joy Holt, and Thelma Sharit. He is survived by his son Michael Davis and wife Laura of Kimberly and his daughter Tara Cole and husband Jeff of Trussville, as well as his grandchildren Blake Cole, Annaleigh Cole, Haley Campbell (Cody), Allie Nix (Michael), Mollie Edwards (Cody), Britany Melvin (Patrick), Skye Tharp (Caleb), Matthew, Isabella, and Slade. He is also survived by his sister Shirley Beck of Garner, NC, as well as numerous great grandchildren, cousins, nieces, nephews, wonderful friends, and his best little canine buddy, Tucker. Among those wonderful friends are Steve’s navy brothers. He served in the Navy on the USS Putnam DD757 from 1968-1972, and starting in 2015 had regular reunions with his naval buddies, who he spoke with daily. They are his brothers from all across the country, men who share a love borne from fighting daily for the freedom of a nation. In light of Steve’s patriotism and dedication to his country, the family has requested memorial donations to Fisher House, an organization that supports the families of wounded, ill, or injured veterans and service members. Steve was known not only for his patriotism but also for living a life of integrity, honesty, and common sense. He loved woodworking, a hobby he worked at for his entire life, and he also had a passion for music, especially playing the guitar. When not in his shop working on a project or strumming a tune on his guitar, he could often be found spending time with his grandchildren, who were one of his great joys in life, or watching Alabama football (Roll Tide!), and he could almost never be seen without his dog Tucker right by his side. A visitation will be held on Friday, September 24th from 11:30-12:30 with a service directly following at 12:30 at Deerfoot Funeral Home on 5360 Deerfoot Parkway in Trussville, AL 35173. Following the service there will be a procession to the Alabama National Cemetery in Montevallo for a military honors graveside service at 2:45. For those with worries of Covid, please feel free to join the family for the graveside service only.

On Thursday, September 9th, Thomas Stevenson &#8220;Steve&#8221; Davis, loving husband, father, and Pawpaw, passed away peacefully at age 71, surrounded by his children and grandchildren, who are comforted in the knowledge that his passing marks... View Obituary & Service Information

The family of Thomas Stevenson "Steve" Davis created this Life Tributes page to make it easy to share your memories.

Send flowers to the Davis family.