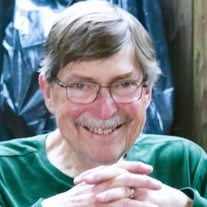 Robert Henry Dobson, 74 of Trussville, AL took his last earthly breath on Monday, April 4, 2022. He is preceded in death by his parents, Robert Dobson and Wilma Barton, and his sisters Jane Pierce and Virginia Haimbaugh. He is survived by his loving wife of 35 years, Veronica (Ronnie) Dobson, his children Frazer Dobson (Sally), Rob Dobson (Sally), Amy Dobson, Jeremy Sanders (Carla), Jamie Bunting (Vince), his sister Brenda Lyons and grandchildren, Haley Dobson, Abigail Sanders, Brodie Bunting and Brooks Bunting set to arrive in June. Bob was also the loving and doting father of his precious Cavalier King Charles pups, Carrie, Noah, Becca, and Jessie. Awaiting his arrival in Heaven were his other furbabies, Bobby, Julie, Toby, Zena and Lobo. Bob was the “Favorite Uncle” to Cindy Myers, Mallory Denton (Bobby), Aaron Presley (Catey), Monica Rascoe, Alex Johnston (Rachel), Maria Murphree (TD), Steven Lindsey (Allie), BreAnna Linsdey, Morgan Rascoe and Brooke Lindsey. He had his own “Favorite Uncle” song and the best knee for “Pony Boy”! Bob was from Birmingham, Michigan, he attended Massachusetts Institute of Technology (MIT) from 1965 - 1969 where he was in Delta Tau Delta Fraternity and a member of the Mensa Club (High IQ Society). Bob was a retired consulting actuary. He started the Milliman Management Consulting Company in Tampa, Florida. Before that he worked as the CFO/Chief Actuary of Blue Cross and Blue Shield of Alabama; he was a member of the FSA (Fellow of the Society of Actuaries) where at one time he served as president. He was an avid sports fan, grill-master, smoker boss and all around “king” of the kitchen! He loved to read and spend time playing with his grandchildren and he was one of the kindest people you would ever meet. Bob was an active member of Trussville First United Methodist Church, a member of the ROMEO group (Really Old Mean Eating Out) and the Pioneer Sunday School Class. There will be a memorial service honoring Bob on Tuesday, April 12th at 3:00 p.m. at Trussville First United Methodist Church. In lieu of flowers, please make donations to The Cavalier Rescue (http://www.thecavalierrescue.org) or Trussville First United Methodist Church.

Robert Henry Dobson, 74 of Trussville, AL took his last earthly breath on Monday, April 4, 2022. He is preceded in death by his parents, Robert Dobson and Wilma Barton, and his sisters Jane Pierce and Virginia Haimbaugh. He is survived by his... View Obituary & Service Information

The family of Robert Dobson created this Life Tributes page to make it easy to share your memories.

Send flowers to the Dobson family.