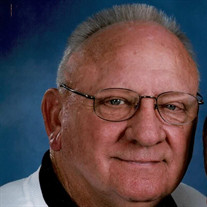 Robert “Bob” Ellis Smith, also known as, “Pop” to his grandchildren and many others, of Trussville, Alabama, passed away peacefully at home on Thursday, July 18, 2019, after living a busy and fruitful life. He was born October 14, 1943, in Blountsville, Alabama, where he spent his formative and teenage years. Bob attended J.B. Pennington High School where he played football and basketball. On October 24, 1964, he married his high school sweetheart, Barbara Faye Mardis, and they eventually settled in Center Point, Alabama, to work and raise their family. Bob was involved in the Center Point community by serving on the Executive Board of the Center Point Ballpark, coaching little league football and baseball teams, and eventually serving as the E.B. Erwin Athletic Booster Club President. For many years, Bob was an active member of Ridgecrest Baptist Church in Center Point, until the 1990’s, where he was a faithful bus driver during the years of the church’s Bus Ministry. He also kept babies in the church nursery enabling young parents to worship without interruption. Bob and Barbara later moved to Trussville, Alabama, and joined First Baptist Church of Trussville where he served on the Security Team and in the Welcome Center. Bob spent his career working in the field of commercial and industrial construction with Hallmark and Bachus for 25 years and later opened his own company, Bob Smith Construction, Incorporated, where he and Barbara worked alongside each other for many years to build a reputable, strong, and thriving business. Bob loved anything to do with Auburn Athletics and often traveled all over the country to see the football, baseball, and basketball teams compete. Bob is survived by wife, Barbara; children, Robin Michelle Smith and Robert Mardis “Marty” Smith (Felicia); two grandchildren, Beth Allen Smith and Micah Smith all of Trussville; sister Mary Burleson (Dick) of Hoover, his very special sitters, Nicole Williams, Tierka Nunn, Mary Carter, and Josette Howard, and many nieces, nephews, and friends. He is preceded in death by his parents, Raymond and Rachel Smith of Blountsville; brother, JD Smith; sisters, Nadine Smith and Erma Jean Pinyan; and grandson, Justin McBurney. Visitation will be Saturday, July 20, 4:30-7:00 at Deerfoot Memorial Funeral Home, Trussville, and the Celebration of Life Service will be Sunday, July 21, at 3:00 at First Baptist Church of Trussville with burial in Jefferson Memorial Gardens. In lieu of flowers, donations may be made to Children’s Harbor at Lake Martin, 1 Our Children’s Hwy, Alexander City, Alabama, 35010.

The family of Robert "Bob" Ellis Smith created this Life Tributes page to make it easy to share your memories.