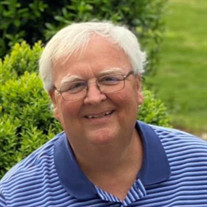 Richard “Rick” DeFord Davis, 67, of Trussville, Alabama passed away after a short battle with cancer on Wednesday, October 27, 2021. He was born in Birmingham, Alabama on April 10, 1954. Rick is survived by his wife of 44 years Belinda Roulain Davis; twin sons Brandon Davis (Tasha) and Brad Davis (Lauren), both of Birmingham, Alabama; daughter Lyndsey Davis of Nashville, Tennessee; grandchildren, Amelia and Everett Davis, Henry and Jasper Davis; brothers William “Bill” Davis (Nancy) of Birmingham, Alabama and Rob Davis (Luci) of Trussville, Alabama; sister Julie Davis of Trussville, Alabama; step sisters Ricki Gardner (Patrick) and Jenny Hughes of Trussville, Alabama; step-mother Jan Davis of Trussville, Alabama. In addition, Rick had a host of nieces and nephews that he adored and loved so much. Rick was preceded in death by his father James William Davis and mother Norma Todd Mann. Rick was a 1972 graduate of Hewitt Trussville High School, then Jacksonville State University. He had a long career of 41 years in heavy equipment sales, retiring from Cowin Equipment in 2019. Rick enjoyed spending time with family and friends, especially cheering on his grandkids at all of their sporting events. He was a lifetime member of First Baptist Church of Trussville. He loved the Crimson Tide, and was a proud member of the Red Elephant Club of Birmingham. Since his retirement, he and Belinda spent as much time on the Gulf Coast as possible, as watching the waves crash on the beach is where he was most at peace. Following the burial at Jefferson Memorial, the family will greet friends from 11 a.m to 12:30 p.m. on Saturday, October 30, 2021 at First Baptist Church in Trussville, Alabama. In lieu of flowers, the family requests that memorial gifts be made to the American Cancer Society (www.cancer.org), Alzheimer’s Foundation of America (www.alzfdn.org) and/or Baptist Church of Trussville (www.fbctrussville.org).

The family of Richard DeFord Davis created this Life Tributes page to make it easy to share your memories.

Send flowers to the Davis family.