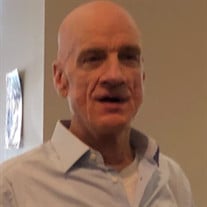 ﻿Mike was the second of four boys born to Bill and Carmen Davidson, predeceased him. His brothers, Billy, Ronny and Charles live on. Mike and his family grew up in the wonderful community of Crestwood in the Birmingham area, went to Minnie Holman and Comer elementary schools, graduated from Woodlawn High School in 1972 before attending the University of Alabama. Mike was known and loved by many. The most common description applied to him is “kind and gentle“ He was also very giving and loving and very attentive to those with whom he came in contact. Mike got into weightlifting and bodybuilding when it’s popularity was in its infancy in the 70s, so much so that he was donned the nickname “Hulk”. When he tired of that, he became intensely interested in cycling and that developed into a passion which took him to racing in states such as North Carolina and all over Alabama. Along the way, he was a substitute school teacher in the Birmingham/Jefferson county area, and certainly enjoyed his time there. His smile was contagious and he never met a stranger. He was humble and Mike loved his family more than anything else. Except Jesus Christ. He is predeceased, not only by his parents, but by a host of aunts and uncles all of whom he loved unconditionally. He is also survived by so many cousins who he loved and cherished, but if we named them all here, we couldn’t afford to print this obituary. Also he leaves behind his beloved nieces Betsy Davidson Ragan, and husband Jon, Nephew Billy “Brother” Davidson, and his new bride, Lacey, and Katie Davidson Spurlock and her husband Chad. In addition to his former sisters in law, Karen Smith Davidson, Patti Moore Davidson, he leaves Max Davidson and Rachel Davidson Stone, his nephew and niece. We know that Mike is now pedaling his bike on the golden streets of Heaven with his Maker. We can’t wait to join him one day. Until we meet again Mike, we will continue to spread your infectious joy. There will be a celebration of life for Mike at Deerfoot Memorial Funeral Home located at 5360 Deerfoot Parkway, Trussville, AL 35173 on Thursday, April 14, 2022 at 1 PM with visitation beginning at noon.

&#65279;Mike was the second of four boys born to Bill and Carmen Davidson, predeceased him. His brothers, Billy, Ronny and Charles live on. Mike and his family grew up in the wonderful community of Crestwood in the Birmingham area, went to Minnie... View Obituary & Service Information

The family of Michael Gordon Davidson created this Life Tributes page to make it easy to share your memories.

﻿Mike was the second of four boys born to Bill and Carmen Davidson,...

Send flowers to the Davidson family.