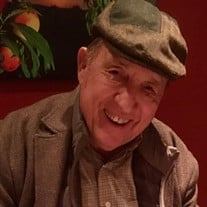 LTC, Retired Gayle Edward Pyle went home to be with the Lord 12 November 2019. Ed (affectionately known as “Jabo”) was born 4 May 1933 in Birmingham Alabama to Mary Josie Ogles Pyle and Robert Luster Pyle. He was the big brother to Norman Pyle (deceased) and Mary Jo (Babbs) Marlowe of Birmingham. Throughout his life, Ed showed an exceptional work ethic, thirst for knowledge and determination to succeed. A star athlete at Hewitt High School, he earned a football scholarship to Troy University, where he graduated with a degree in Business. Ed served in the U.S. Marines (active and reserves) where he became a Judo expert; he retired his service as LTC Colonel. He served as director of the Birmingham “downtown” YMCA where he established cutting-edge physical development programs. He completed graduate work at the University of Illinois at Evanston, under the famed Dr. T. K. Cureton, head of the university’s Physical Fitness Research school. Upon his return to the Y, Ed introduced the “Cureton Plan” to the Birmingham area and often demonstrated the physical fitness program on the Tom York Show. From the Y, he moved to a career in turf management and sales at Tieco in Birmingham, later opening and managing the Nashville office. In his “retirement” years, he managed the estate of his good friend, Tom Jernigan and was active in his church’s prison ministry. He was a devoted and loving husband and father. After his graduation from Troy, Ed married Patricia (Patsy) Ann Clayton; they were together until her death in 1997. Their middle child, Alana, tragically preceded them in death. He is survived by two of their children, Clay (Gwynn) and Kitty Taylor (Wes). He was an enormously proud, doting grandfather to Katie Pyle Fleming (TJ), Gracie Pyle and Brennan Taylor. Their biggest cheerleader in all their endeavors, he spent many weekends supporting their varied school, church and athletic events. Ed found love again with Juanita Patterson and they have been happily married since 1999. His family grew with the addition of stepchildren Melinda Smith (Philip), Susan Riley (Steve), Tammy Walker (Johnny) and step-grandchildren Stephanie Smith, Lucas and Eva Clair Riley and Guy Walker (Courtney). Ed was known for his bigger than life personality; ever-ready with a smile, it was typical for him to welcome you with one of his signature bear-hugs. He always had a story and it usually ended in uncontrollable laughter. He loved music, especially big band, jazz and classical pieces. Along with that appreciation, he was also quite the dancer…holding the title of “Jitterbug King” at Troy for his entire tenure. In his spare time, he always had a project: building, plumbing, painting, roofing, tiling…he did it all. He was an avid reader and never lost the desire to keep learning and improving. He loved fishing and cooking his catch for a crowd. Whether it was his family, his colleagues or his church, he seemed happiest when he was serving others. In addition to those previously mentioned, he leaves behind numerous nieces, nephews and dear friends. All are invited to visitation Thursday, Nov 14 5:30pm-8:00pm and to the funeral service, Friday Nov 15, 11:00am at Deerfoot Memorial Funeral Home in Trussville.

LTC, Retired Gayle Edward Pyle went home to be with the Lord 12 November 2019. Ed (affectionately known as &#8220;Jabo&#8221;) was born 4 May 1933 in Birmingham Alabama to Mary Josie Ogles Pyle and Robert Luster Pyle. He was the big brother... View Obituary & Service Information

The family of LTC, Retired Gayle Ed Pyle created this Life Tributes page to make it easy to share your memories.

LTC, Retired Gayle Edward Pyle went home to be with the Lord...

Send flowers to the Pyle family.