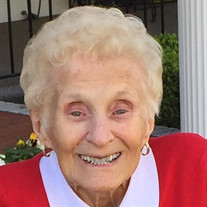 Born in Bleecker, Alabama, Kathryn grew up in Alexander City. The daughter of the late Euel Richard Holman and Pearl Mitchell Holman, she attended Alexander City (Benjamin Russell) High School and was a member of the class of 1946. An independent spirit, Kathryn moved to Birmingham on her own at the age of 16 enrolling in Business School at the Birmingham Business College. Upon graduation, she was offered a position at Carraway Methodist Medical Center as Administrative Assistant to the Dean of the School of Nursing. In 1955, she married the love of her life, Ted Albert Jones and they shared the next 52 years dancing through life together. Their son, Donald Stephen (Steve) arrived in 1961. Kathryn left Carraway and began a 16 year career with Hayes International Corporation. In 1967, she chose her next full-time occupation of stay-at-home wife and mom complete with a station wagon which was always on the go. From elementary school through high school, Steve volunteered her to serve as a Room Mother, Chaperone, Designated Driver, PTO President, Band Booster, and unofficial Driver’s Education instructor for several of his friends. She worked part-time as Office Manager at Concepts Unlimited Advertising and resumed full-time employment in 1980 with Rust Engineering and later Raytheon International until she retired in 1996 at the age of 67. She became the primary caregiver to Ted, and lovingly maintained his quality of life until his death in 2007. For the past 13 years she has enjoyed her independence, her new home, family and her friendships. Kathryn is survived by her son, Steve; her sister-in-law, Mary Ruth Holman of Dothan, Alabama and many nieces and nephews. Steve offers his heartfelt affection and appreciation for the support he has received over the years from Laura Pointer, MD, Marianthe Grammas, MD, Chaeli Lawson, CRNP, Andrew Duxbury, MD, and Jose Tallaj, MD. of UAB Medicine. Also the support of dedicated caregivers Verlytia Thomas, Theresa Shepherd, Renita Woodard, Leondra Hill, and Laquinta Buchannan. Most especially for the love of Mrs. Louise White. Finally, and importantly special thanks to Amanda Jackson and Janita Jackson of ExpectCare Hospice. Because of the pandemic, Steve has requested no public visitation or service. Though he needs and wants the physical embrace of his family and friends now more than ever, he is choosing to postpone any event that could create risk to anyone. In lieu of flowers, please consider a contribution to a charity of your choice. Kathryn was a huge supporter of St. Jude’s Children’s Hospital. Steve supports Alzheimer’s of Central Alabama and the Central Alabama Food Bank. A graveside service will be Monday, June 29, 2020 at 12 PM at Forest Hill Cemetery in Birmingham, Alabama.

Born in Bleecker, Alabama, Kathryn grew up in Alexander City. The daughter of the late Euel Richard Holman and Pearl Mitchell Holman, she attended Alexander City (Benjamin Russell) High School and was a member of the class of 1946. An independent... View Obituary & Service Information

The family of Kathryn Olivia Holman Jones created this Life Tributes page to make it easy to share your memories.

Born in Bleecker, Alabama, Kathryn grew up in Alexander City....

Send flowers to the Jones family.