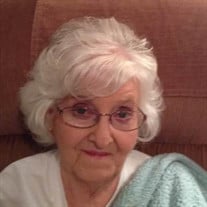 Jane Jones Adema, age 80, of Birmingham went to be with the Lord on Saturday, October 3. Jane grew-up in Tarrant City and graduated from Philip’s High School. Gayle Young remained her life-long best friend. She attended Samford University and worked as a legal secretary. In later years, she worked at McRae’s in Roebuck. Her greatest joy was being a wife to Ron for over 60 years, raising their four children and spoiling their 9 grandchildren and 1 great grandson. She faithfully served the Lord as a pastor’s wife, nursery coordinator, girl’s bible study leader, a community volunteer and mother. She was lovingly referred to as “Mama Jane” by countless young people that she ministered to and loved as her own including (but not limited to) Cheryl Molinar, Eddie Lacey and Sherry Carson. She is preceded in death by parents Carmen and Grace Jones and sister Anna Jones Kelley. She is survived by her husband Ron of over 60 years, their four children DeAnna Owen (Rick), Rhonda Rosenblum (Al), Bill Adema (Terri), Angela Widgeon (Dave); nine grandchildren: Jeremiah Owen (Kayla), Tricia Watts (Jonathan), Zach Rea (Caragan), Gracie Rosenblum, Tena Rosenblum, Ty Adema, Jacob Adema, Ben Widgeon, Evelyn Widgeon and great-grandson Hays Owen. Jane was a devoted wife, mother, Mamie, “Mama Jane” and a faithful prayer warrior and servant of the Lord, Jesus Christ. A private memorial service will be held at Doctrinal Studies Bible Church in Roebuck on Saturday, October 10 at 10:30am. The service will be live-streamed on the church’s website and social media outlets.

The family of Jane Adema created this Life Tributes page to make it easy to share your memories.

Jane Jones Adema, age 80, of Birmingham went to be with the Lord...

Send flowers to the Adema family.