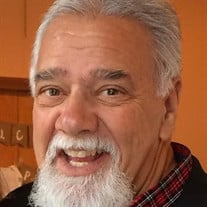 On December 16, 2021, James Dennis Willman was welcomed into Heaven by his Lord and Savior, Jesus Christ. He lived an extraordinary life of faith in service for the Lord. He became suddenly ill and died in the hospital intensive care unit near his hometown outside Birmingham, Alabama. James “Jimmer” was born on July 17, 1948 in Columbus, Ohio to the late James William Willman and Dorothy Ann (Clark) Willman. He is survived by his beloved wife of 55 years and high school sweetheart, Sarah Gail (Newport) Willman; cherished children James and David (Ashley) Willman and grandchildren Michael, Jered, Alex, Drew, Callie, Carissa, Nash, Sami, Lauren, Matthew, Peyton, Presley, and great-grandchildren Olivia, and Lina whom were all the apple of his eye. Jimmer also leaves behind his sister, Pamela (John) Chambers, and his brother Robert (Patty) Willman, mother-in-law Gladys Newport, brothers-in-law and sisters-in-law Jerry (SuAnn) Newport, and Claude (Karen) Newport. He also leaves behind numerous nieces, nephews, cousins, and special friends. He modeled his love for his family after the love given to him by Jesus Christ, selflessly and unconditionally. Jimmer grew up a super athlete playing every sport imaginable. After high school he served in the United States Air Force as an Illustrator. While in the Air Force he played fast pitch softball for the Foxhill Peninsula All-stars and the Air Force team that finished runner-up in the World in 1970. He even tried out for the Pittsburgh Pirates major league baseball team, and was invited back for a final try-out but ultimately declined due to family obligations. After the military he graduated from Wittenberg College where he cultivated his talent as an artist. Over the years he would become an absolutely amazing artist and continued to paint, carve, and create works loved by many. He taught commercial art for many years and eventually changed career paths to management at Honda. There he worked for many years as a training manager for Honda with responsibilities as the head of the Voluntary Involvement Program, and writing training plans and teaching classes for the Associate Development Center, until his retirement in 2009. He and his wife then relocated to Trussville, Alabama where they loved the beautiful landscape and weather. He transformed his yard into a paradise for all the family and friends to come and enjoy time together, making many wonderful memories. In 1978 he had become a born again Christian, which changed his life drastically. He grew stronger and stronger in his faith and spent much of his time in service for the Lord. He really loved and enjoyed the prison ministry, as well as volunteering at the food pantry. He attended church regularly and never missed his daily devotions and spending time in the Word. His biggest concern was reaching the unsaved. Another love of his was riding his motorcycle. He spent many days riding with his family and friends and frequently discussed that it was one of his favorite things in the world to do. He made many memories and met many people while doing this. As we all know, he never met a stranger. His favorite Bible passage, John 14:1-4, was Jesus comforting His Disciples “Do not let your hearts be troubled. You believe in God; believe also in me. My Father’s house has many rooms; if that were not so, would I have told you that I am going there to prepare a place for you? And if I go and prepare a place for you, I will come back and take you to be with me so that you also may be where I am. You know the way to the place where I am going.” A Celebration Life ceremony will be held on the first weekend of February, 2022, in Springfield, Ohio, the details yet to be determined. In lieu of flowers, please donate in his name to your local food pantry. You may leave condolences at the following website: https://www.deerfootmemorialfuneralhome.com/m/obituaries/James-Willman/Memories

On December 16, 2021, James Dennis Willman was welcomed into Heaven by his Lord and Savior, Jesus Christ. He lived an extraordinary life of faith in service for the Lord. He became suddenly ill and died in the hospital intensive care unit near... View Obituary & Service Information

The family of James Dennis Willman created this Life Tributes page to make it easy to share your memories.

Send flowers to the Willman family.