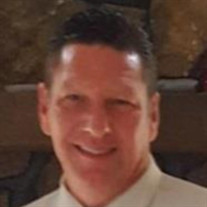 James Edward Shields, Jr., born December 14, 1959, in Manchester, TN, son of Ada Kaye Chambers Shields and James Edward Shields, died Monday, December 20, 2021, in Birmingham, AL. He is survived by his wife, Ruth Elizabeth Shields (Renninger); his sister, Jaimie Kaye Shields Barrow; his children, James Edward Shields III, Jennifer Ellen Shields Dawson, Rhianna Doris Bradford, and David William Shields; his grandchildren James IV, Lilah, Eleanor, Zachary, Madilyn, Raelynn, Addilynn, Noah, Michael, Emma, and soon-to-be Everlynn; and many cherished nieces and nephews, among others. James grew up in the Birmingham area after his family moved here so his father could work on the construction of the Talladega Superspeedway. James served in the Navy, including time on the USS Forrestal, and then held various jobs in the Pell City and Birmingham area but seemed to find his calling when he was hired to work at the J. Clyde restaurant. He spent several years working there in support of the burgeoning craft beer scene, then moved on to Ghost Train Brewing Company. Most recently, he fulfilled his childhood wish of being a “cowboy” by working with Dustin Akers at his cattle ranch. After moving to Irondale, James said he became a homebody, often spending Saturday mornings on the back porch watching the birds or taking his dog Rebel for a ride in the truck. He also enjoyed getting out and about Birmingham, meeting new people and visiting with folks he knew. He was a staunch supporter of the University of Alabama but felt that if “our team” can’t win the national championship, it is ok if that other Alabama team did, saying it’s good for the state. Visitation will be held on Monday, December 27, 2021, at 1:00 p.m., at Deerfoot Memorial Funeral home, followed by a service and burial at Forest Crest Cemetery. A short reception will follow from 4:00 to 6:00 at Avondale Brewing Company upstairs.

The family of James Edward Shields Jr. created this Life Tributes page to make it easy to share your memories.

Send flowers to the Shields family.