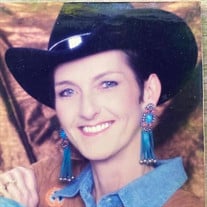 Jacquelyn “Jackie” Sue Blackman Weaver, 65, Ashville, Al. Jackie was a caring wife, mother, grandmother, sister, and friend. She passed away September 25, 2021, with her husband (of 49 years) holding her hand as the dear lord took her to her heavenly home. Jackie could always be found spending her days outside on her deck or down at their lake home, where she would always make home-made ice cream for her grandchildren, loved catching a ride around the lake on the pontoon or the jet-skis, and most of all sitting around sharing stories with her family and friends, while sipping on a cold Pepsi (with a straw). “Drew!” she would holler. Jackie is survived by her loving and caring husband, Phillip Drew Weaver, her two wonderful boys who were perfect in her eyes, Scott Weaver (Iva) and Jason Weaver (Kristin), her Grandchildren that she adored and spoiled: Raven Weaver Gibson (Jonathon), Makynze Weaver, Nicholas Johnson, Paige Weaver and Caleb Johnson, and her precious great-granddaughter, Lilleigh May Johnson. She is also survived by her brothers Joe Blackman, Jr (Margaret), Huey Blackman, Sr (Carol), her sisters Carolyn Woodley, Jocelyn (Johnny), and Tracie (Greg) and a host of nieces, nephews, and friends who were like family to her. She is preceded in death by her loving daughter, Valerie Laine Weaver Johnson (Niki), whom she missed terribly every day, and her parents, Joseph M. Blackman, Sr and Jolaine C. Blackman. Those she left behind miss her with all their hearts but know that she is rejoicing at the gates of Heaven with her parents, daughter, and son in law and catching up on the latest gossip with her friends. In lieu of flowers, memorials may be made to the National Osteoporosis Foundation in her memory.

The family of Jacquelyn "Jackie" Sue Blackman Weaver created this Life Tributes page to make it easy to share your memories.