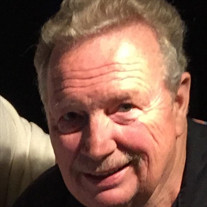 Fred Lee Dunn, Jr. entered into eternity with our Lord and Savior, Jesus Christ, on July 12, 2021. Fred was born August 6, 1943, in Brookhaven, MS, to Icelar and Fred Lee Dunn Sr., Fred was preceded in death by both his parents, his wife, Kathy Dunn, and his son, Fred Lee Dunn III (Scooter). He is survived by his two sisters, Sandra Edwards, Martha (Marty) Brady (Tom), daughter, Rebecca (Becky) Chandler (Tommy), his sons, Tommy Greene (Denise) and Forrest Berry (Tina), and his lifelong friend/brother, James “Rob” Robinett, and many grandchildren. Fred grew up in East Lake and attended Robinson Elementary and Banks High School. When he was 16 yrs old, he began working at Liberty Supermarket in Roebuck which was the beginning of a long career in the grocery business. He joined the Bruno’s Corporation and moved his way up from sacking and stocking groceries to assistant manager and finally store manager. He was in several locations all around the city. Fred also started his own wood business and delivered firewood to many barbeque restaurants in the city of Birmingham. He ended his career working for the City of Birmingham for 8 years. Wherever he worked, he made friends and he helped many people. He would give to anyone who needed help. People loved him for his caring, generous attitude. He was small in stature but had a heart as big as a giant. Fred was a veteran and served in the Alabama National Guard for 6 years as a mechanic and a paratrooper. He was a lifelong member of East Lake Methodist Church, where he came to know the Lord at an early age. Although Fred loved fast cars and motorcycles, his greatest love was his children. They brought him so much joy and he poured hours into providing for them, spending time with them, teaching them life skills and showing them love. As the Bible says in I Corinthians 13:13, “So now faith, hope, and love abide, these three, but the greatest of these is love.” Fred lived a life of love to those around him. A Visitation will be held at Deerfoot Memorial Funeral Home in Trussville, Alabama Saturday, July 17, 2021 from 2-3 P.M with a Celebration of Life to follow at 3 P.M.

Fred Lee Dunn, Jr. entered into eternity with our Lord and Savior, Jesus Christ, on July 12, 2021. Fred was born August 6, 1943, in Brookhaven, MS, to Icelar and Fred Lee Dunn Sr., Fred was preceded in death by both his parents, his wife, Kathy... View Obituary & Service Information

The family of Fred Lee Dunn Jr. created this Life Tributes page to make it easy to share your memories.

Fred Lee Dunn, Jr. entered into eternity with our Lord and Savior,...

Send flowers to the Dunn family.