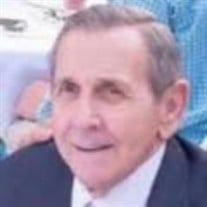 Donald Gene Cochran Sr., age 84, of Pinson, AL, went to be with Jesus surrounded by his family on January 27, 2022. Don was born in Rome, GA on October 31, 1937 to Clarence and Esther Cochran. He was a graduate of Woodlawn High School in Birmingham where he and his teammates won several state football championships. Don received a football scholarship to the University of Alabama in 1956, where he played his first two years under Coach J.B. Whitworth, and his last two years under Coach Paul Bryant. Don received All-SEC and All-American honors for his play under Coach Bryant, and was the Most Outstanding Player on Coach Bryant’s first teams. He was drafted by the Houston Oilers in 1960, but chose to be an assistant coach under Coach Bryant in 1960 and 1961, as a part of the National Championship Team. Don had a lot of respect and admiration for Coach Bryant, as Coach Bryant did for him. Following his playing and coaching days at the University of Alabama, Don also coached at George Washington University and Oklahoma State University. Don had a successful home building and remodeling business for many years, which he had an excellent reputation with numerous repeat customers, who became his friends. Don enjoyed bass fishing and hunting, in which he spent many hours teaching his son, grandsons, and other family members and friends to enjoy as well. Don is survived by his loving and devoted wife of 64 years, Sondra Cochran; son, Donald Cochran, Jr. (Tammy); daughter, Dana LeMaster (Spike); brothers, Coleman Cochran Jr. (Judy), and Phil Cochran (Cynthia); grandchildren, David Fallin (Janie); Faith Lang (Adam); Brooke Richardson (Paul); John Sharbutt (Brittany); Bethany McCandless (Gavin); Jordan Sharbutt; Bailey Whitfield (Austin); Jenna LeMaster; 12 great-grandchildren and a host of nieces, nephews close family members and friends, all who loved and will miss him dearly. Don was a member of First Baptist Church of Trussville, and was in the Phil Foster Sunday school class. Visitation will be Friday, February 4, 2022, at Deerfoot Memorial Funeral Home in Trussville, AL from 10 a.m. – 11 a.m., with service to follow. Burial will be at Jefferson Memorial Gardens Cemetery in Trussville concluding the service. In lieu of flowers, memorial may be made to the Alzheimer’s Association - Alabama Chapter.

Donald Gene Cochran Sr., age 84, of Pinson, AL, went to be with Jesus surrounded by his family on January 27, 2022. Don was born in Rome, GA on October 31, 1937 to Clarence and Esther Cochran. He was a graduate of Woodlawn High School in... View Obituary & Service Information

The family of Donald Gene Cochran created this Life Tributes page to make it easy to share your memories.

Send flowers to the Cochran family.