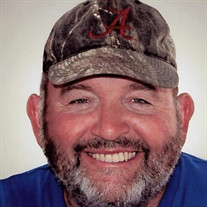 Don Holder peacefully passed away on February 16, 2021 at 74 years of age. Son of the late James Holder and Billie Ann Ward Watkins; son in law of the late Ben (Angela) Sellers; and brother of the late Patricia Sherrod. Don is survived by his loving wife of 53 years, Jennifer Sellers Holder; children, Don Jr. (Cindy) Holder, Geoffrey (Jennifer) Holder, Kelley (Tim) Bennett; grandchildren; Dustin Holder, Tyler Clarity, Haylee Clarity, Jessica Holder, Davis Wade Holder, Emily Coker, Jackson Bennett, Mack Bennett; sister, Joani Hackbarth (Dee); brother-in law, Craig (Brenda) Sellers and several special cousins, nieces, and nephews. Don graduated from McAdory High School in 1965 but was always a Bessemer Purple Tiger at heart having gone there through the 11th grade. Up until his death, he kept in touch with many of his Bessemer friends and enjoyed the precious time they spent together. In 1966, Don joined the Marine Corps Reserve and spent 6 years on inactive duty, and that was all he had to say about that. In 1968, he went to work for CSX Railroad and retired in 2006. He took great pride in helping his fellow co-workers while serving as the local Chairman for the United Transportation Union. Don was an avid hunter and fisherman. He especially enjoyed hunting trips to Colorado with his sons and cousins; and camping trips with his grandchildren. Rarely was the truck hooked up to the travel trailer that there weren’t two grandchildren in the back seat ready to go on an adventure. When Don could no longer hunt and fish due to illness, he joined the APA Pool League playing out of the Iron City Billiards where he won many patches, plaques and medals. He always said his best reward from playing pool was all the new and dear friends he made. He loved playing with all of them except when he got beat. Dons’ contagious smile, quick wit, kindness, heart of gold, and overalls will be dearly missed. Our lives will never be the same without him. God saw you getting tired and a cure was not to be, so he put his arms around you and whispered come with me. With tearful eyes we saw you as you slowly passed away. Although we loved you dearly, we could not make you stay. A golden heart stopped beating, hardworking hands at rest, God broke our hearts to prove to us he only takes the best. (Jennifer Holder) A Celebration of Life will be held February 27, 2021 from 3:30-6:30 at the Trussville Civic Center @ 5381 Trussville-Clay Rd, Trussville, AL 35173. ALL are invited.

Don Holder peacefully passed away on February 16, 2021 at 74 years of age. Son of the late James Holder and Billie Ann Ward Watkins; son in law of the late Ben (Angela) Sellers; and brother of the late Patricia Sherrod. Don is survived by his... View Obituary & Service Information

The family of Don Holder created this Life Tributes page to make it easy to share your memories.

Send flowers to the Holder family.