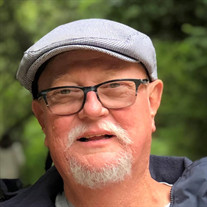 Danny Lee Sams, age 67 of Springville, AL, died March 19, 2022. Danny was born on January 1, 1955 to Billy and Mary Sams in College Park, Georgia. He is survived by his wife Belinda Massey Sams, his children Annah Sams Hand and Andrew Sams, and grandchildren Mykel, Devin and Ariannah Hand. He is also survived by his siblings, Marcia (Joel) Price, Sherry Bingham and Timothy Sams as well as step-daughters, Stephanie (Quinn) Sanders, Amy (Chris) Dean, and step-grandchildren, Samantha (Scott) Peters, Ivy and Macy Martin, Andrew and Alice Dean as well as step great grandchildren, Gavin, Phillip, and Riley and nephew, Joshua Price. He is preceded in death by his parents, late wife and mother of his children, Susan Whaley Sams, his brother Terry Sams, and brother-in-law Norman Bingham. A memorial service will be held on Saturday, March 26, 2022 at The Church at Bradford Road in Springville, AL. Visitation will be from 1:00 – 2:00 PM with the service following. He graduated in 1973 from MD Collins High School in College Park, GA. Danny loved his job and friends he made selling plastic manufacturing equipment for over 20 years. Danny also loved traveling, the beach, golfing, and spending time with all of his grandchildren. He was a member and deacon of First Christian Church (College Park, GA) from 1982 – 1991, member of Christ Church at Whitewater (Fayetteville, GA) from 1992 – 2010 where he was a Sunday school teacher (1992 – 2006), member of the Whacky Whackers Grounds Maintenance team and Krystal Bunch Bible Study (1995 – 2010). He was a member of Faith Baptist Church (New Port Richey, FL) from 2014 – 2016. At the time of his death, he was a member of The Church at Bradford Road (Springville, AL) where he was a member of The Iron Men and the Sunday night adult bible study, he also was a member of the MacDonald Farm neighborhood D-Life men’s Bible study group.

The family of Danny Sams created this Life Tributes page to make it easy to share your memories.

Send flowers to the Sams family.