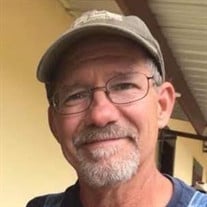 Charles Thomas “Tom” Phillips was born on January 15, 1956. He passed away July 20, 2021. Tom and his wife, Beth, resided in Argo, Alabama and served for the past 35 years at Argo Christian Fellowship where he was an Elder. He is survived by his wife Beth Bagwell Phillips of more than 42 years, daughters Shannon Phillips Whitt (Josh), and Jamie Phillips Whitt (Nate). He was “Poppi” to Caden, Trace, Laura Grace, Lucas and Timothy Whitt. He is also survived by his mother, Amy Phillips and siblings, Jackie Perryman, John Phillips (Vicki), Tim Phillips (Brandy), sisters-in-law Beth Phillips and Angie Phillips and many nieces and nephews. Tom is preceded in death by his father, Jim Phillips, and brothers Jim Phillips and Mark Phillips. Tom was born in Chicago, Illinois to parents James and Amy Phillips. He moved to Alabama when he was young, graduating from Huffman High School in 1974. Tom met the love of his life on New Year’s Eve 1976, and they were married shortly after in 1978. Later they welcomed their daughters Shannon and Jamie. The love that Tom showed his family was only rivaled by God’s love for them. When Shannon and Jamie got married, he loved Josh and Nate like they were his own. His title of father was promoted to Poppi when Caden, Trace, Laura Grace, Lucas, and Timothy were born. As a Poppi, he was in a league of his own. He was the type of grandfather that would play chess, take them fishing, watch his only granddaughter dance on stage, teach them how to work with their hands, and be their biggest fan on and off the field. His light, love, and humility made everyone feel like they were his best friend. To say that Tom will be missed by many is an understatement. Tom loved God more than anything else. He put his faith and trust in the Lord. He served the Lord in many capacities with AWANA, the Birmingham Tres Dias community, and missions in Honduras with VER International. Tom was a difference maker. Simple but hard. Services will be held Friday, July 23, 2021 at Deerfoot Memorial Funeral Home. Visitation will be at 1:00pm with a celebration service following at 3:00pm. If you would like to honor Tom’s life please consider donating to VER International by visiting www.VER-International.org.

The family of Charles "Tom" Thomas Phillips created this Life Tributes page to make it easy to share your memories.

Send flowers to the Phillips family.